It is a reality that is evident in workplaces and organizations, one that is often silently shared by women. Even with growing awareness of gender equality and gender bias across the world, women still struggle to be heard and to take on leadership positions, even if they possess the character and skills to perform the job. 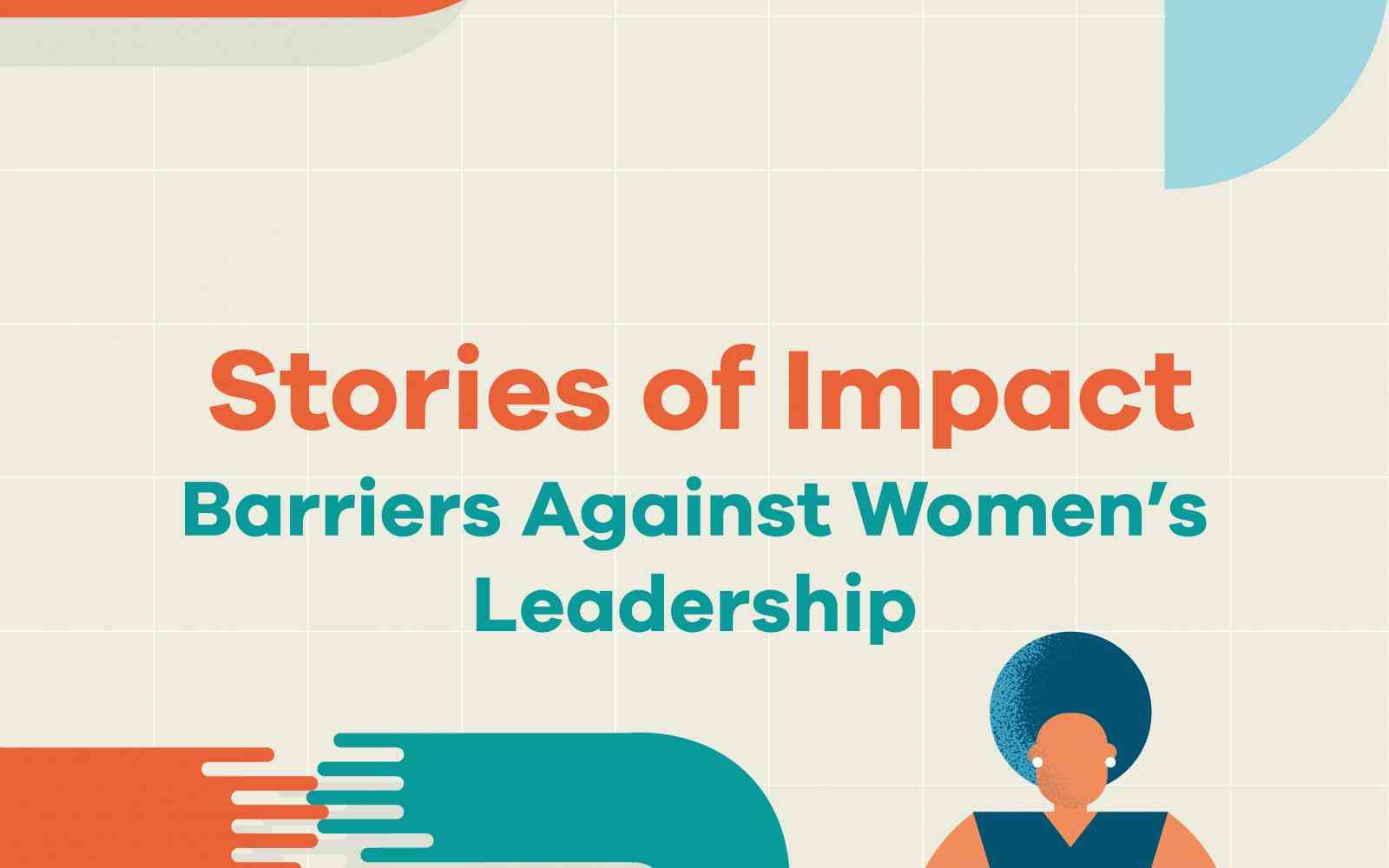 In over 15 years, Tina Kiefer, a professor of organizational behavior at the University of Warwick in the United Kingdom, found that most executives and students who did this exercise often picture a man in a position of power. In 2018, a study in organizational psychology published in the Academy of Management Journal revealed that when speaking up in workplaces, women have more difficulty getting noticed compared to their male counterparts.

It is a reality that is evident in workplaces and organizations, one that is often silently shared by women. Even with growing awareness of gender equality and gender bias across the world, women still struggle to be heard and to take on leadership positions, even if they possess the character and skills to perform the job.

As of September 2021, only 25 percent of all national parliamentarians are women. Globally, only 26 women serve as heads of government or state.

For women social entrepreneurs (WSEs) in Southeast Asia, gender barriers still remain as glass or even concrete ceilings that are difficult to overcome.

Majority of the WSEs interviewed for a 2020 report by Ashoka stressed that gender barriers were the “most difficult to break” in their line of work. The report, done in partnership with the S&P Global Foundation, also found that women who manage to break general societal expectations and build their careers continue to face challenges in their professional roles, from discrimination to harassment.

Gender barriers in Southeast Asia are all too familiar obstacles for Wannakanok Pohitaedoh of Thailand and Eni Mulia of Indonesia. With their respective organizations, these two women changemakers are striving to dismantle these hurdles and open up paths for women and girls in their countries.

Pohitaedoh and Mulia both agree that systemic changes in overcoming barriers against women’s leadership require uprooting deeply seated norms and beliefs that allow men to stay in power.

“Since I was born, we’ve always been taught that the leaders here should be men,” said Pohitaedoh, founder and chairwoman of the Association of Children and Youth for Peace in the Southernmost Provinces of Thailand.

“If we have a husband, our husbands will own our lives,” she added. “Most importantly, [we were not allowed] to be enrolled in the education system… But we want to be part [of] society, and would like to have the opportunity to define what we are interested in and to have choices in life.” 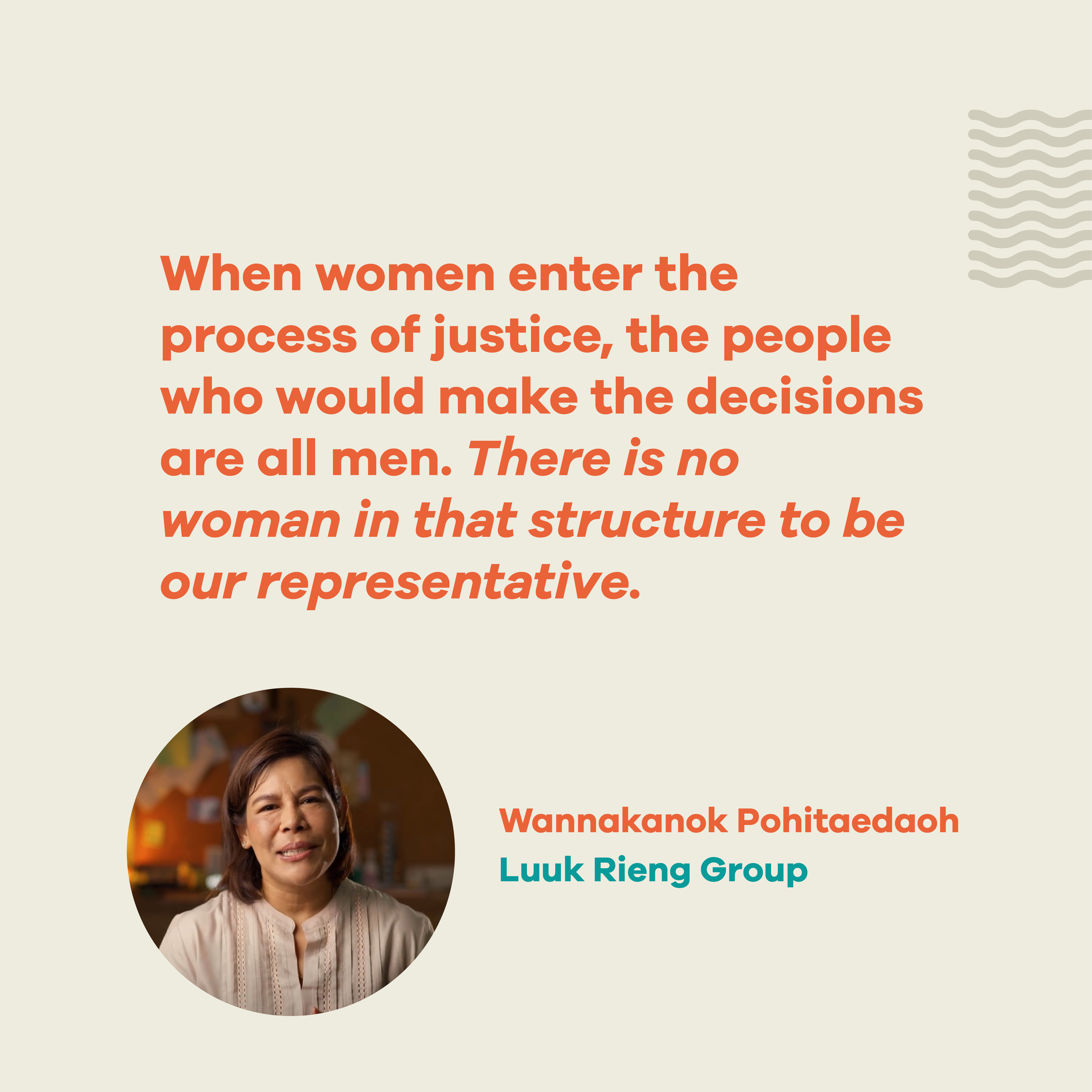 Pohitaedoh has witnessed it herself: domestic, sexual, and political violence in all forms, affecting the most vulnerable young girls. Her organization, also known as the Luk Rieng Group, helps orphans of armed conflict by giving them access to education, livelihood, and professional skills. This, in turn, opens up opportunities and choices for child victims who otherwise would be trapped in a wicked cycle of violence.

Her exceptional leadership skills became apparent as early as age 12 when she launched a club for girls who opposed early marriage and sought higher education. But it was no walk in the park emerging as a leader in her country, particularly as a woman trying to influence necessary, but difficult, changes.

Surviving a “man’s world”
Public perception about women’s leadership and role in society is also crucial. But even in media, where these stereotypes can be challenged and broken, gender barriers also prevent women from being in charge. 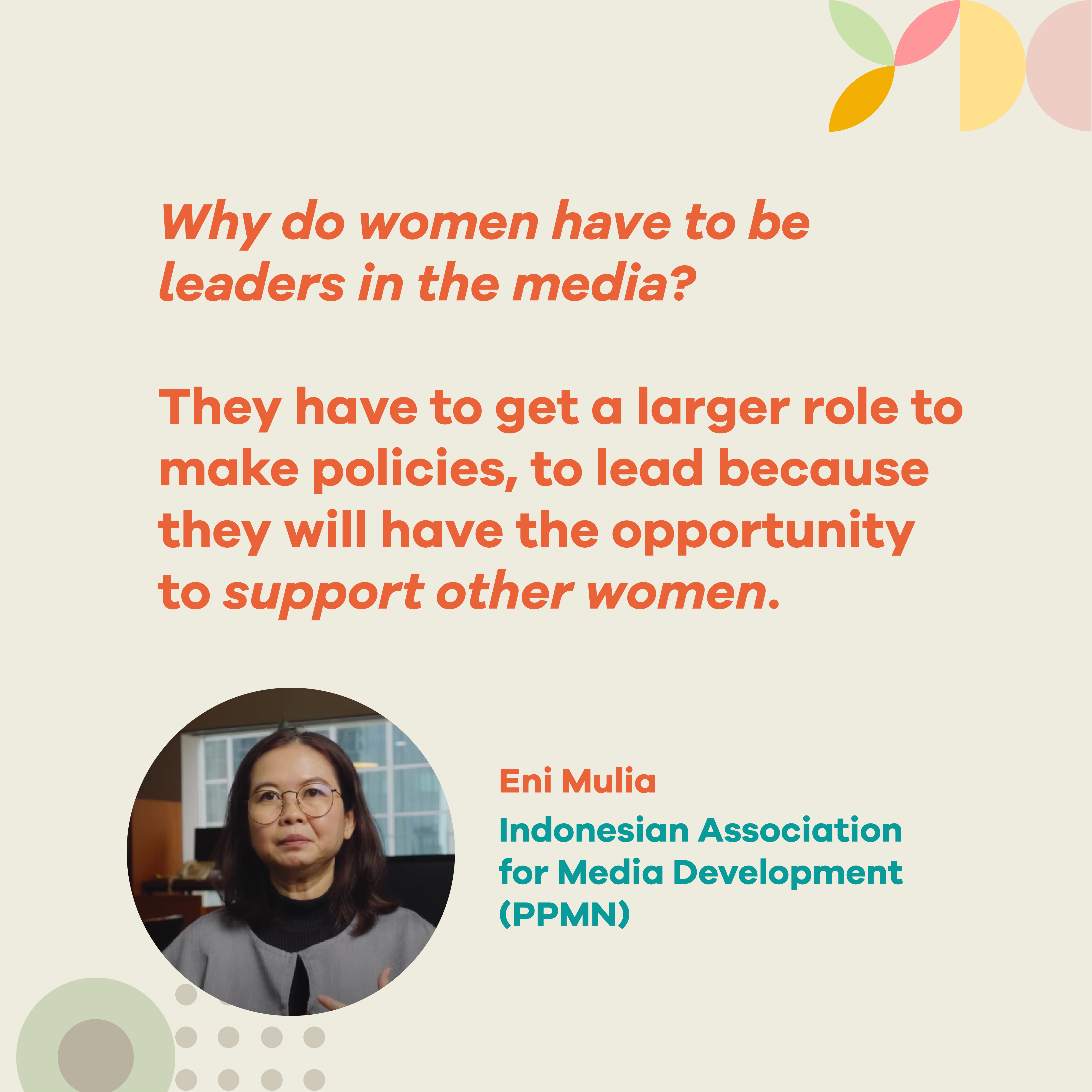 Research by Perhimpunan Pengembangan Media Nusantara (PPMN), or the Indonesia Association for Media Development, found that the main obstacle for women journalists in their country is the current systems and structures of media organizations that do not allow women to advance their careers.

Across the world, newsrooms are usually dominated by males. The tough fieldwork and punishing working hours are also often portrayed as part of a man’s world, a place where women would not thrive in.

“Female journalists are often only judged based on their looks,” said Mulia, PPMN’s executive director. “In an editorial organization, jokes can sometimes be sexist. It causes women to feel uncomfortable.”

The exclusion continues beyond the newsroom, where women are often shut out of even informal conversations. “The women who stand out, as in those who often express their opinions, their ideas, are often judged as ambitious,” added Mulia.

Since traditional gender norms box women in domestic work, for example, women are not given chances to step up to leadership roles because they are expected to still perform their duties as mothers or wives, she said. Even sexual harassment in the newsroom is downplayed, so much so that women journalists who become prey think of it as a common occurrence in their line of work.

PPMN works to capacitate and empower women journalists and media workers in Indonesia so that they will have voices in their newsrooms and editorial offices.

“We give them the gender perspective in producing news or media content,” said Mulia. “We provide management and leadership training, especially for female journalists. We hope that with this, we form female journalists who understand gender, create gender-promoting content for the media and create gender-friendly policies that promote gender equality… so as to give larger space for women.”

Education as a doorway
That the “future is female” is echoed in social movements globally, and it is a call that also must be reflected in social entrepreneurship, including in Southeast Asia.

Since gender norms and barriers are systemic problems, the response requires systemic solutions as well.

“A more gender-balanced social innovation ecosystem will lead to more systemic approaches in social entrepreneurship,” read an article in the World Economic Forum. “In such a scenario, not only do female social entrepreneurs thrive, but the world does, too.”

During the COVID-19 pandemic, women leaders across the world, from Jacinda Ardern in New Zealand to Tsai Ing-wen in Taiwan, have shown exemplary leadership that steered their people to safety.

Both Pohitaedoh and Mulia said that aside from dismantling systemic obstacles in workplaces or organizations, education holds the key to helping women emerge as leaders.

“We must see that men and women have the same abilities… We should no longer restrict or put women in boxes,” said Mulia.

Learning about gender equality could start at home, with parents providing guidance to young children, she added.

Outside the home, women must also demand seats at the table, where they should be heard and listened to, said Pohitaedoh.

“Women should be included in every mechanism… at the national or local level, or even in advisory councils or committees,” she said. “We only ask for space to make you open up and really listen to our problems.”