Changing narratives about women requires changing the norms and the system. It also requires women to break free from gender roles and become more visible in the public sphere. 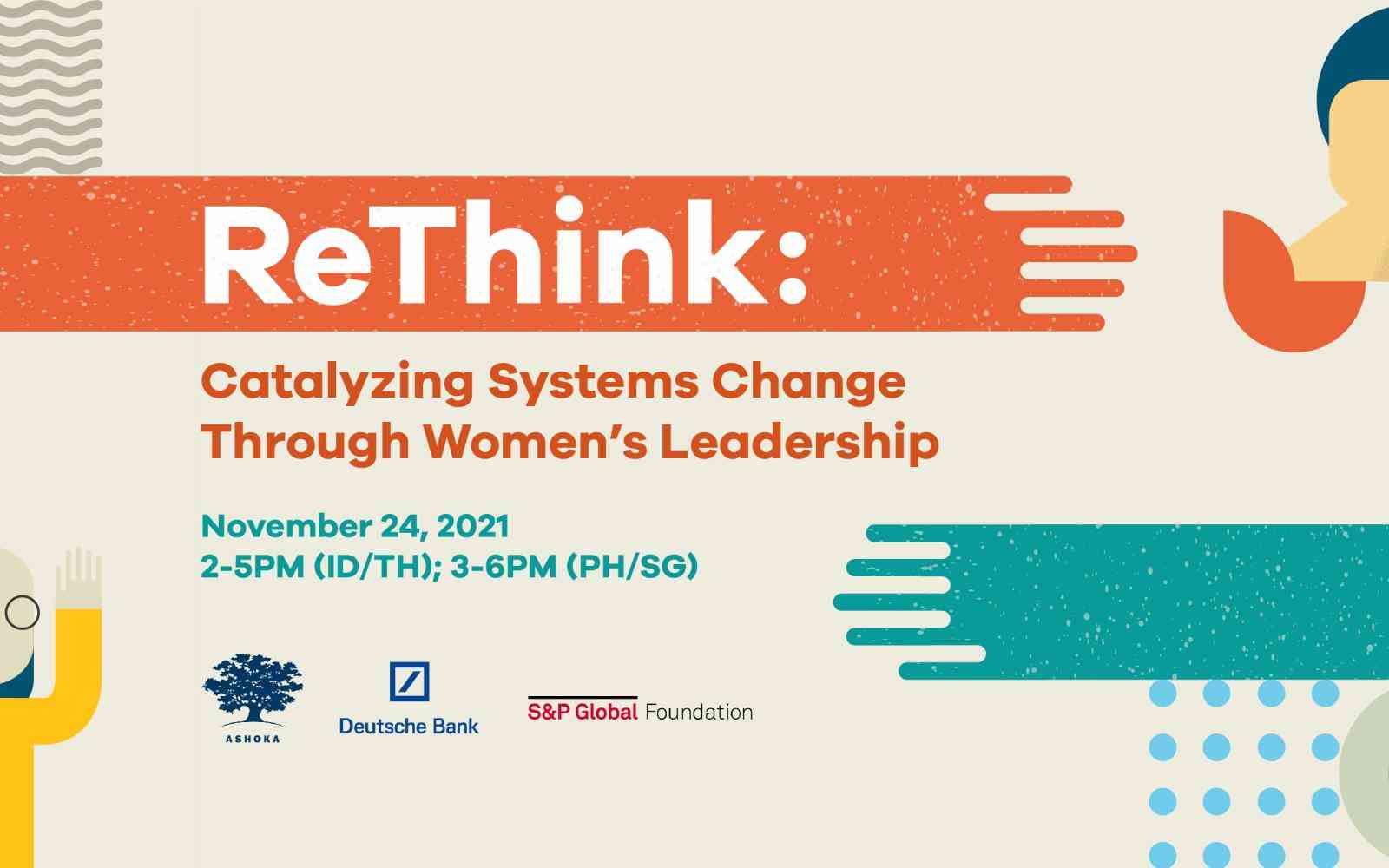 Despite historic strides towards gender equality, women across the world still grapple with a multitude of gender-related challenges, from discrimination and harassment to toxic masculinity.

For women social entrepreneurs, these gender barriers can mean fewer opportunities to take on leadership roles, not only in their organizations, but even in their own domestic spaces.

In the face of these difficulties, women must strive to use their voices to change the narratives in the status quo and to exercise their “invisible” power, according to leading women changemakers.

This was among the key takeaways in this year’s summit organized by Ashoka Southeast Asia, an organization promoting social entrepreneurship, in partnership with S&P Global Foundation, the philanthropic arm of S&P Global, and Deutsche Bank.

“We need to acknowledge new and different ways of creating meaningful, lasting change and redefine our success,” she said.

This year’s online gathering shared the goals from the first summit in 2020, where women leaders and entrepreneurs connected to create an ecosystem of allies from different backgrounds, from the government to the private sector. ReThink brought together over 20 leading changemakers—both women and men—and nearly 300 social entrepreneurs and participants from various sectors in Southeast Asia to engage in conversations on women’s leadership, capacity, and communication.

“Now is the era of women,” said Najwa Shihab, an Indonesian journalist and founder of Narasi TV, in her keynote speech. “It is crucial that women help each other. That is the very definition of a strong woman: She who does not only achieve something for herself, but also who supports other women.” 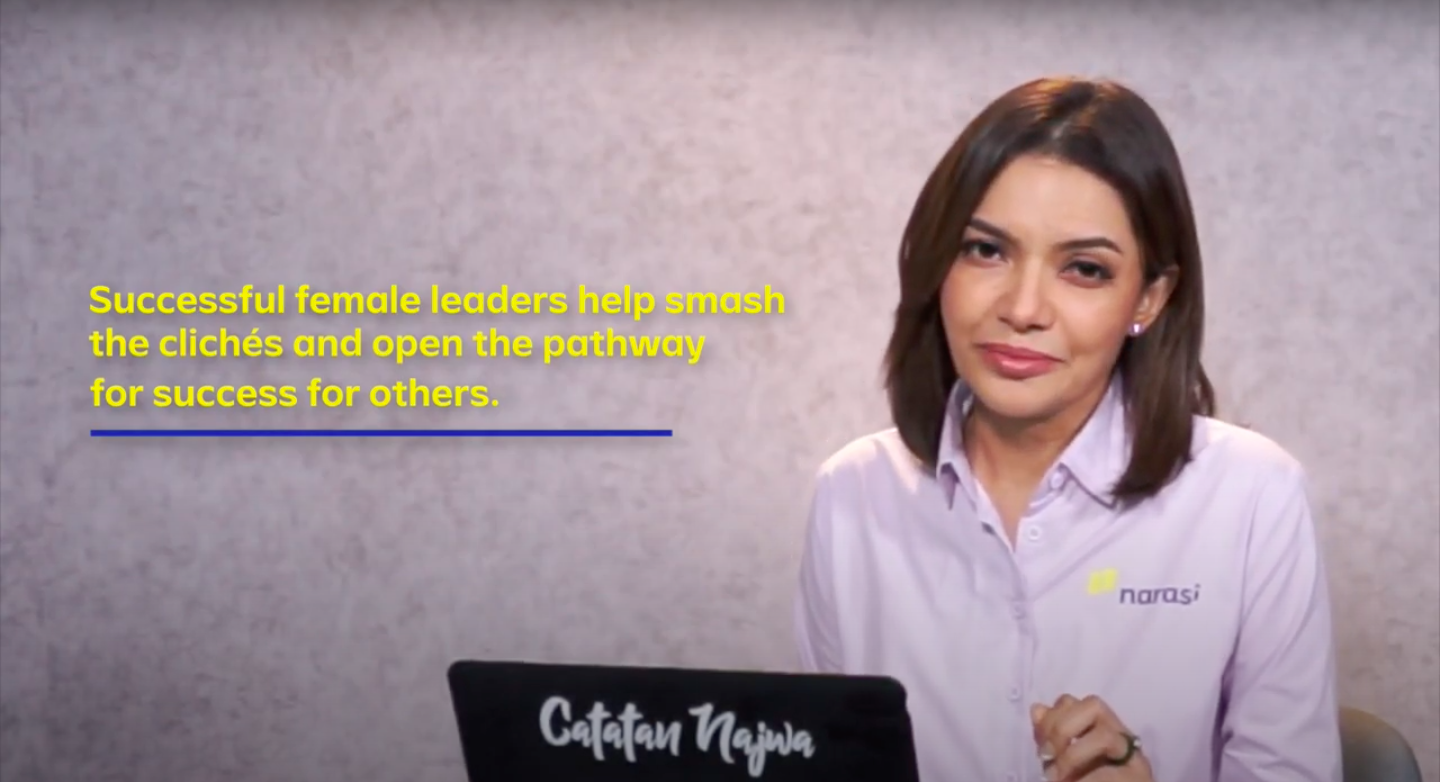 "If we can show that the movement that is built by women can move things, then that is the powerful way of saying that this is no longer invisible." - Dwi Faiz, UN Women Indonesia

In a society where women are still discriminated against and contend with burdens placed on their gender, it is crucial that they carve spaces for themselves and find allies in their work.

This includes a necessary understanding of how the patriarchal culture makes distinctions based on gender, said Dwi Yuliawati Faiz, UN Women Indonesia head of programmes, during the plenary session that looked deep into invisible power and the female gender.

“The socially constructed role of women remains in the private sphere… [and these] are prescribed to women as if these are innate roles,” she said, citing the lesser value often given to domestic tasks, such as care work that often are unpaid.

Changing these narratives requires changing the norms and the system, with the former being more difficult than the latter, said Faiz. It also requires women to break free from gender roles and become more visible in the public sphere.

“The norms-changing efforts are coming not from the policies or the systems, but coming from champions, and I think this is where the social entrepreneurs play a greater part,” she said. “If we can show that the movement that is built by women can move things, then that is the powerful way of saying that this is no longer invisible,” Faiz added. “We have power. We have to exercise that power.”

Changing these narratives also requires changing the rules of the game, especially in the professional sphere, said Dr. Iman Bibars, Ashoka vice president and Ashoka Arab World regional director. “Scaling deep is changing mindsets. Scaling up is changing laws… which most of the women entrepreneurs do,” she said. “What we need as women social entrepreneurs is not to wait for someone to quantify our impact.”

It is also important to build alliances with those who are not yet part of the movement for change, said Kunthea Chan, JASS (Just Associates) Southeast Asia regional co-director.

In the “Deepen” panel, participants delved into rethinking partnerships and collaborations, and how women leaders and organizations can transform the game.

These conversations should also include men, who also suffer under a patriarchal system.

“Systems thinking is a very, very important tool, especially for us social entrepreneurs,” shared Sitompul. “It really gives us a tool to map these complex social issues and all the parts and elements and the interrelation between the elements within the system.”

Empathy, said Villarama, is important when speaking with communities: “Understand and feel where they’re coming from. Through this, you’re opening a channel for them to open up and move forward.”

Self-care and well-being, on the other hand, were at the core of the discussions in the “Care” panel. Jackie Cañiza, Haraya Coaching chief instigator and managing partner; Kritaya Sreesunpagit, Ashoka Fellow and facilitator and trainer in personal transformation; and Diena Haryana, Ashoka Fellow and SEJIWA Foundation founder talked about the importance of finding balance in the busy lives of women social entrepreneurs.

“It’s about finding a balanced life-work. Looking at all the different areas where I am exerting efforts, and that includes all the roles that I play, and finding balance in all that,” said Cañiza. “It is not about making a choice which one is more important, but finding a space for that.”